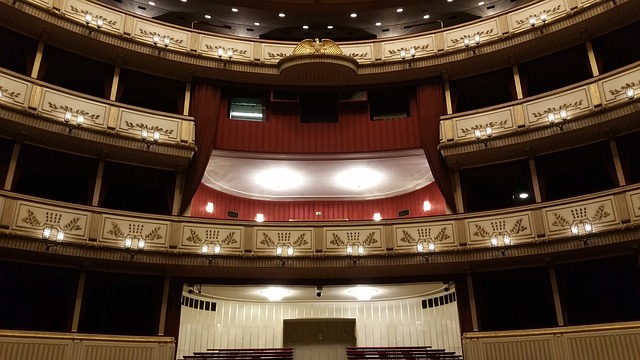 Here at Sydney Connections we bring you what is happening and the best events in and around Sydney. Keep tuned to our blog pages so you do not miss out on anything.

In this blog we focus on what is upcoming at the iconic Sydney Opera House during February and May in 2017.

After releasing their acclaimed debut album, The Fool, the So-Cal dream-rock quartet take on the Opera House with their infectious rendition of the album.

Warpaint are a powerhouse of a band that feature gripping live harmonies, they have mastered the art of ethereal rock and electronics. Originally a three piece band that was together for over a decade before drummer Stella Mozgawa made them into what they are today, a highly successful quartet.

Warpaint are unique in that they can rouse packed crowds without losing their mystique, the gig will feature many tracks from the album plus some new compositions.

Kate Miller-Heidke and the SSO

If you have seen the Rabbits, or for that matter any performance by Kate Miller-Heidke, you will be aware what an amazingly versatile musician and gifted artist she is.

The Rabbits is an “opera / musical / song-cycle / weird pop concert / puppet show / art-play………..It is art that is quite different than anything else around at the moment.

Kate is classically trained, yet her music crosses over so many genres from contemporary pop, folk and opera. These concerts will be her first collaboration with the SSO, she will perform her most popular hits from her albums, songs from the Rabbits , covers and brand new material.

Academy of St Martin in the Fields Performing live is one of the world’s most favourite and revered orchestras in their first tour to Australia for over thirty years.

Academy of St Martin in the Fields is one of the world’s leading chamber orchestras, renowned for its fresh, brilliant interpretations of the world’s most-loved classical music.

Today the orchestra is led by Musical Director and virtuoso violinist Joshua Bell who is one of the finest violinists in the world today. Joshua is probably most famous for recording the soundtrack to the Red Violin written especially for him by American composer John Corigliano.

A selection of works composed by the two greats of German Romanticism for strings by faculty and musicians of the Australian National Academy of Music (ANAM).

ANAM has for over 20 years nurtured the skills and shaped the musical imaginations of Australia’s outstanding young musicians. Many have been the recipients of major national and international prizes and awards.

These performances are just a glimpse of what is happening at Sydney Opera House, follow Sydney Connections blog pages for more upcoming concerts and events.