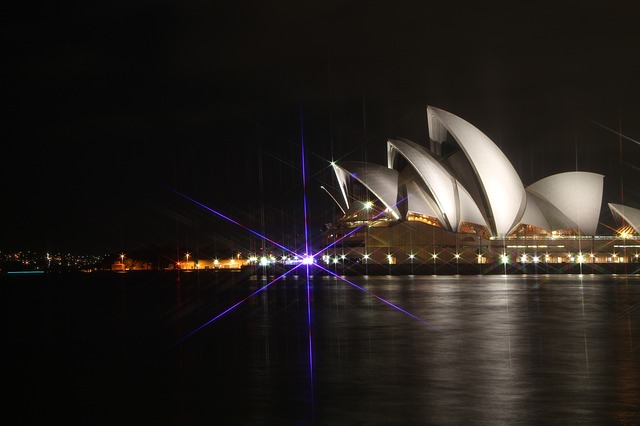 Sydney has always had a thriving music scene that encompasses almost every genre of music. From top classical performances at the Sydney Opera House to International Bands who all want to play this celebrated city.

In this blog we look at some of the best gigs that are happening in and around Sydney during January. If you are visiting during this month then you have a plethora of concerts to choose from.

Booka Shade have continued to innovate within the dance music genre, Walter Merziger and Arno Kammermeir are responsible for forming a deep and forward thinking style to make their music greatly in demand.

Haelos are a trio that brings together a multitude of sounds together, recently undergoing a massive world tour to promote their debut album, Full Circle.

Sometimes described as Portishead, Haelos released their first single Dust in 2014 and it skyrocketed the band to stardom. Their music is best described as dance floor, a mix of perhaps Ace of Bass and Joy Division.

Chart topping multiplatinum reggae band UB40 will be hitting Australia in 2017. The lineup is strong with Ali Campbell on lead vocals and founding members Astro and Mickey Virtue.

This is one of the most anticipated gigs so far this year, since reuniting three years ago the band have taken on an extensive touring schedule.

Look forward to hearing hits such as; Can’t Help Falling In Love, Many Rivers To Cross, Here I Am and of course Red Red Wine.

Multi award winning artist, PJ Harvey returns to Australia with her full 10 piece band. It will be the first time since Harvey has toured these shores since 2012, which was critically acclaimed.

The recent album, The Hope Six Demolition Project, will be heavily featured and is a stunning piece of work. Its songs become a dramatic celebration of hope.

PJ Harvey delivers a powerful stage show and her live gigs are always a treat with the audiences clamouring for more.

Rather different genre than our previous listings but well worth highlighting. Nigel Kennedy took the world by storm with his 1989 recording of Vivaldi’s The Four Seasons and it really changed the classical music world forever.

The concert is a version of his classic recording entitled, The New Four Seasons will take you on a familiar but electrifying journey with his natural trademark flair and bringing surprising interpretations to this classic piece.

This is just a taste of the sounds that can be found in Sydney during January 2017, as usual there are gigs and concerts littered all over the city every night. Explore and enjoy.