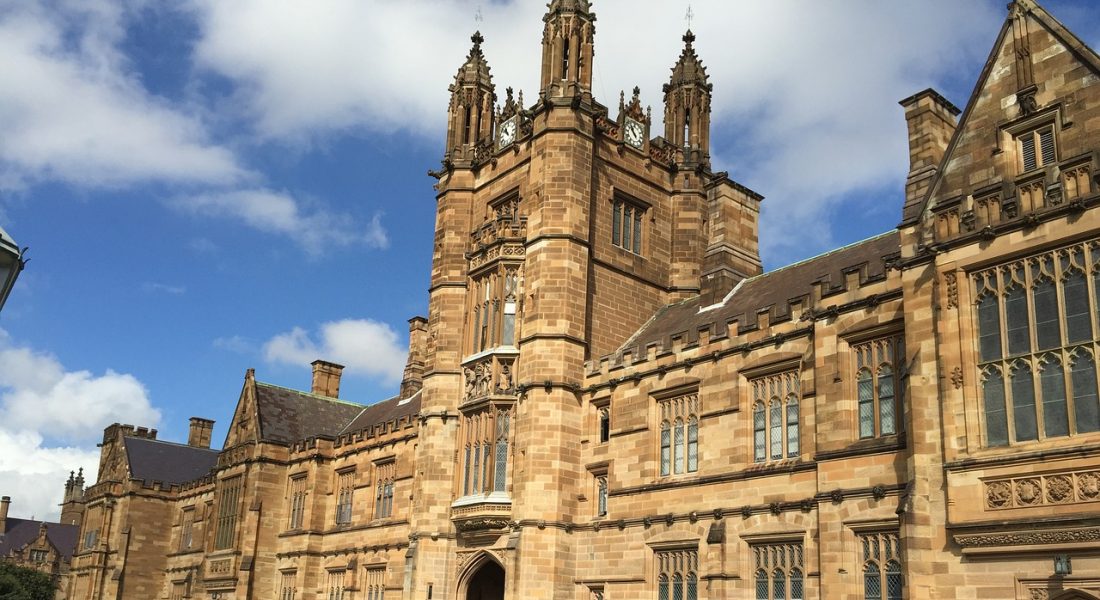 Sydney Connection keeps our readers informed of what is going on in Sydney, what is the best time of year to visit and how to get around the busiest city in Australia.

One of the biggest attractions for students to come and live in Sydney is the quality of the education offered in Sydney’s universities and colleges.

In this blog we look at some of the top education establishments in Sydney and what they are famous for. According to the QS Best Student Cities Index, Sydney has been voted the thirteenth best city for international students.

Ranked the top university in Australia for graduate employability, the University of Sydney is also placed in the top 50 universities in the world.

The curriculum has the broadest range of subjects in Australia, with over 400 courses to choose from,and the facilities are world class.

The lecture halls and classrooms at the UNSW are first rate and their education staff are award winning. UNSW has eight faculties and can offer bachelor degrees and dual combine degrees of four to seven years.

According to CrunchBase 2013, the UNSW has produced more technology entrepreneurs in the past two decades than any other Australian university.

One of Australia’s most recent universities, the UTS take a global approach to education and focus on innovation. Courses are designed with industry needs so in a way taking a course is like an apprenticeship.

It is the ambition of UTS to become a world leading university in technology, so it is continually developing and improving courses to give the most relevance and impact. Among its highest rated courses are: Nursing, Art & Design, Sports and Law.

Macquarie University is ranked in the top two percent of the best universities in the world, it produces graduates that become the most sought after professionals in the world. The university can cater for 40,000 students and the high-tech facilities recently had a AUS$ 1 billion investment in infrastructure and facilities.

Respected for subjects such as health, business and medical science it offers a wide selection of courses including higher research degree courses.

The WSU is ranked in the top 400 in the world and is gaining a reputation for its research into Australian and international matters.

These great seats of education give a plethora of different options to students attending university in Sydney. There are courses to suit just about everybody and will provide students with a base for their future lives.

Sydney Connection April 16, 2018 Events in Sydney Comments Off on Sydney Universities
Things to Do in the Wine Regions of NSW
The Best Hospitals in Sydney